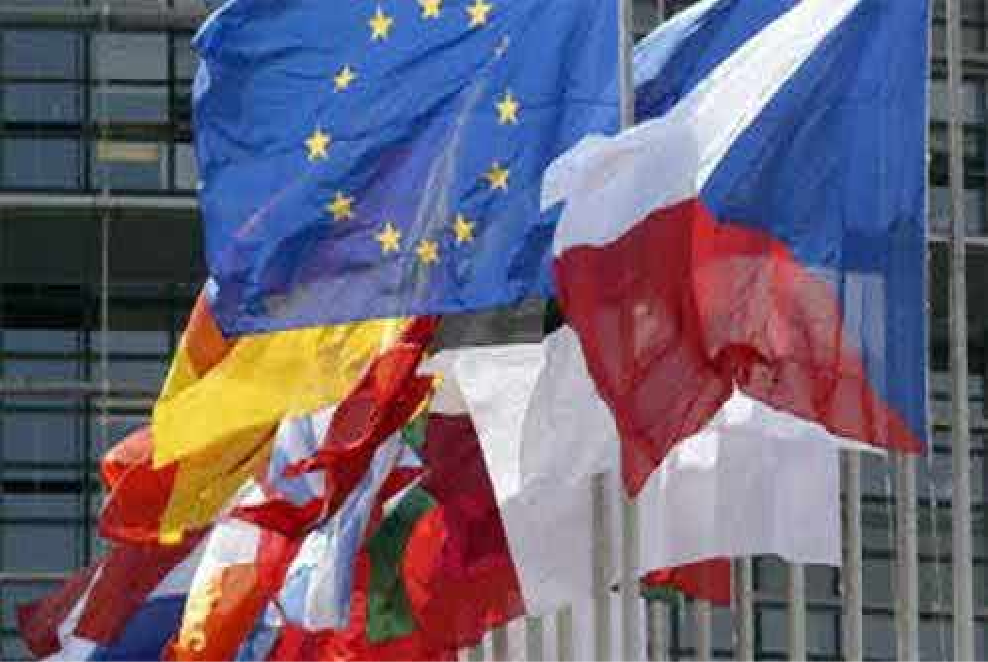 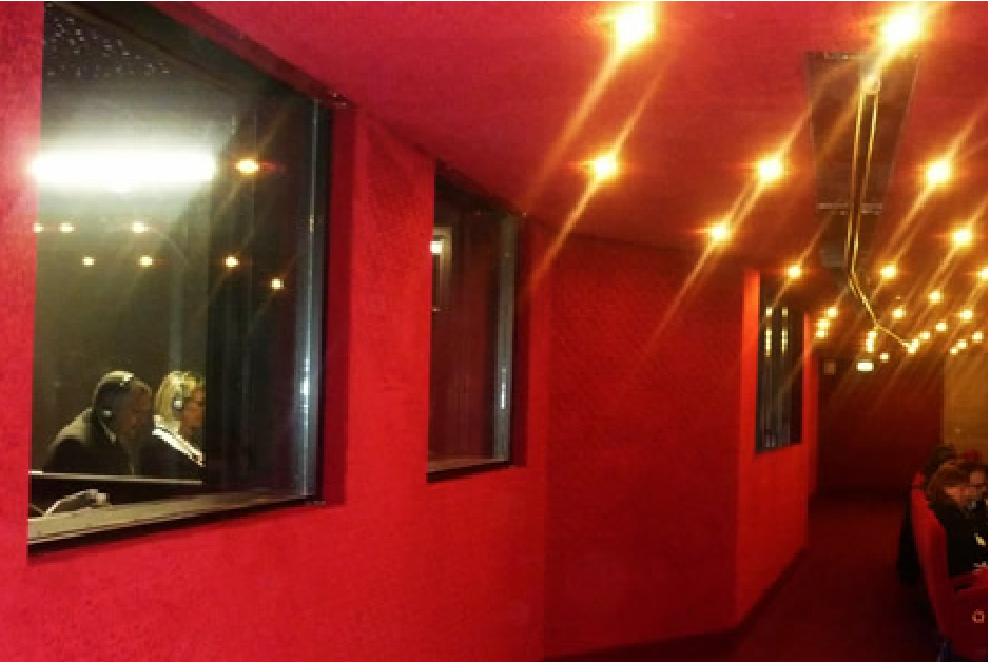 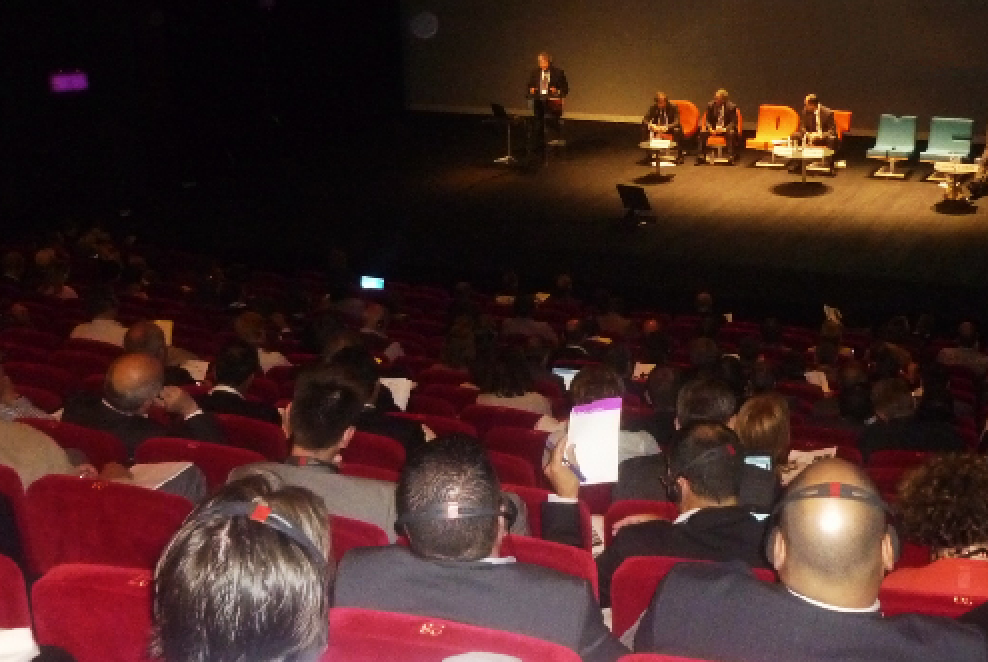 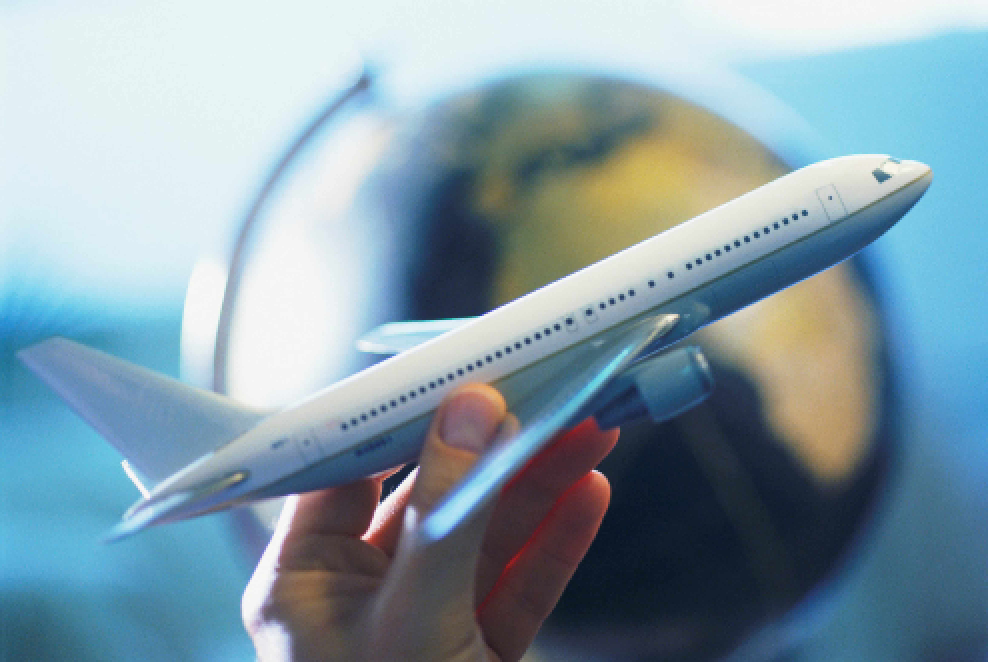 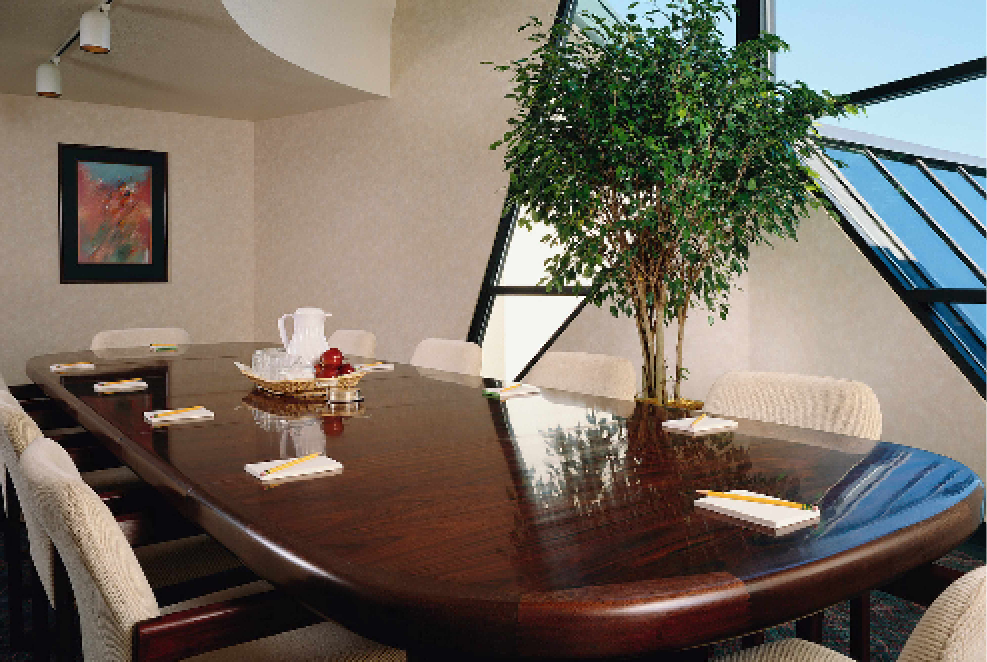 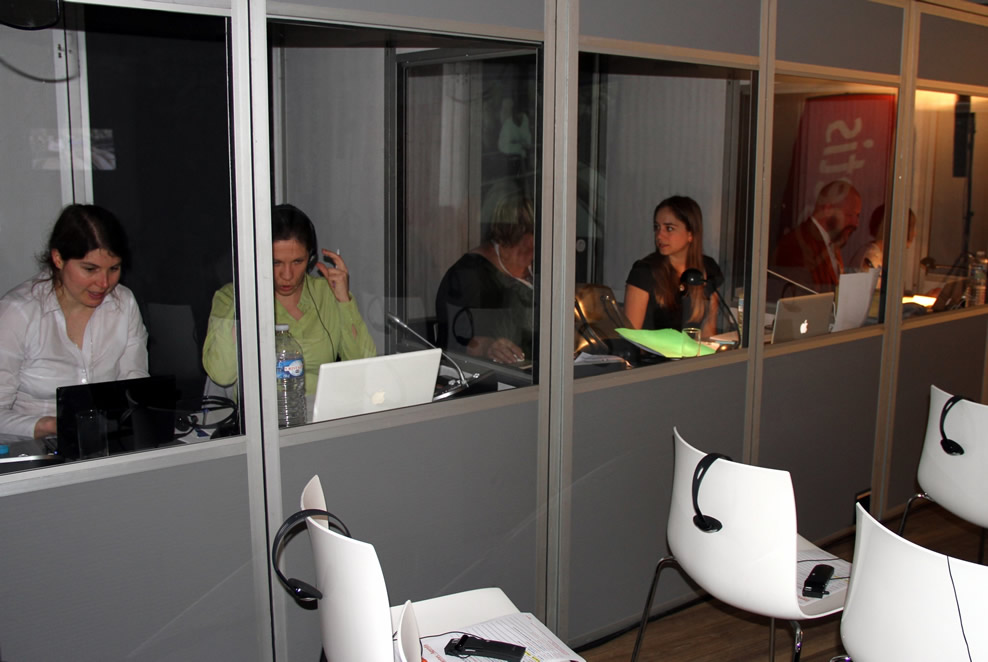 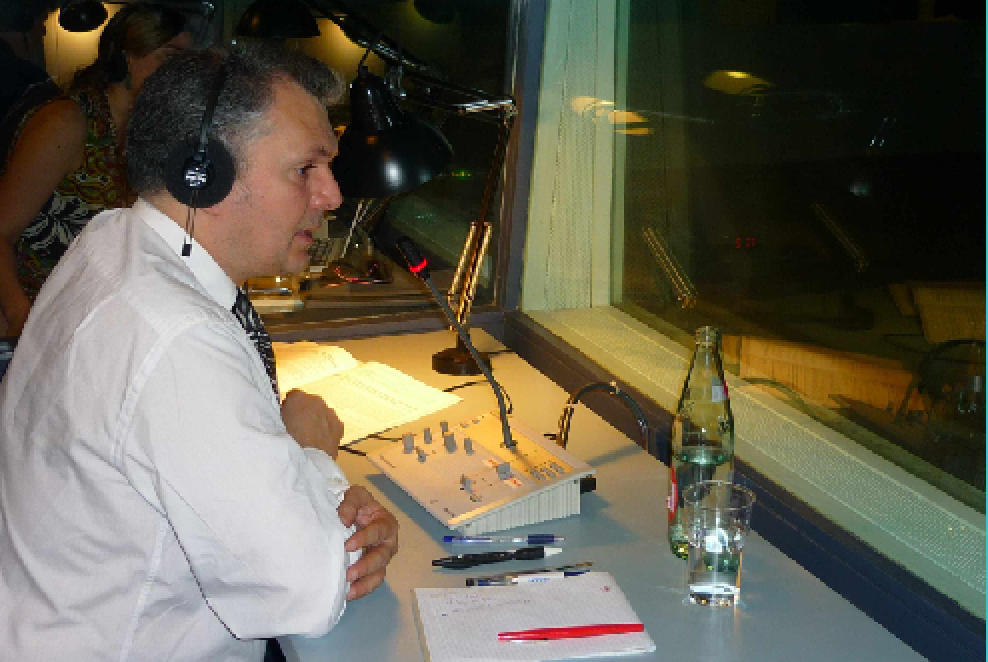 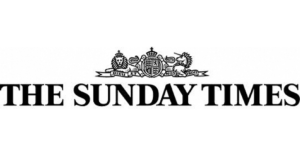 Artists — and giant ants and a magic elephant — have taken over revitalised Nantes. Kirsty Lang packs her trunk
Imagine if the planning department of Liverpool City Council had been handed over to a group of artists along with a big wad of cash. Sounds like a crazy idea, but that’s not far off what has happened in the French port city of Nantes, which has spent millions turning itself into a huge outdoor gallery.
There are alfresco exhibitions year-round, but it’s during summer that the city looks its best, when the annual Voyage à Nantes turns the place into a giant sculpture trail — it’s the city’s answer to the yellow-brick road in The Wizard of Oz, but instead of leading the way to tin men and cowardly lions, the 10-mile green line weaves participants east to west, past 30historical sites, galleries and installations by internationally acclaimed artists.
First, pick up a copy of the trail mapfrom the tourist office next to the Château des ducs de Bretagne, or download the Voyage à Nantes app (in French only). Next, you’ll need to decide whether you’re going to tackle the 10 miles on foot or by bike. Either way, you’ll want to finish your journey at the Ile de Nantes, on the back of a 45-ton giant mechanical elephant that trumpets and sprays water over the watching crowd.
The pachyderm belongs to Royal de Luxe, the world’s most famous street-theatre company and the catalyst in Nantes’ transformation from depressed industrial port to one of France’s most dynamic cities, with one of its lowest unemployment rates. Fifteen years ago, Royal de Luxe was invited by the former mayor to base itself in a warehouse on the Ile de Nantes. Since then, the entire cityscape has been turned into a laboratory for culture, with the council spending more on the arts than on any other sector. Some of it works, some of it doesn’t, but it’s all definitely different.
Alongside the elephant, there’s a menagerie of other mechanical animals to be found in the Galerie des Machines, including a giant ant that scuttles around, deliberately getting in everyone’s way — spectators are invited to climb on board and help move the legs and head. Elsewhere on the trail, out-there sculptures include a huge ball pool created by Detroit Architectes and Lilian Bourgeat’s giant tape measure.
Back on the Ile de Nantes, you’ll find an old banana warehouse that’s been turned into the Hab art gallery. This summer’s big show is by Huang Yong Ping, a leading Chinese artist. The centrepiece is a 75ft snakeskin made of textile and resin that winds its way around the gallery, past a stuffed tiger and a cut-in-half rhinoceros. Huang has also made a giant sea-serpent sculpture that slithers, Nessie-like, into the mouth of the Loire estuary from a beach in Saint-Brévin-les-Pins.
The monster is one of 29 permanent artworks on another ambitious art trail that runs along the estuary from Nantes to neighbouring Saint-Nazaire. You can see these outdoor exhibits throughout the year, by bike or car, or, until the end of September, on a three-hour riverboat cruise with commentary.
There’s a sense of surreal humour to much of the art in Nantes. My favourite stops on the Estuary trail include a half-submerged house and a bendy yacht that appears to be flopping over a wall. You can even spend the night in one of the installations. Villa Cheminée, by the Japanese artist Tatzu Nishi, is a tiny house planted on top of a 49ft chimney-like structure.
Villa Cheminée isn’t the only unusual place to stay. Other abodes designed by artists and architects include Le D’O, a 1930s converted Parisian riverboat, and even a giant hamster cage calledVilla Hamster, with wheel and suspended bed.
Jules Verne came from Nantes. His tales of extraordinary journeys in amazing machines were inspired by his childhood in the port city, watching the ships come and go. There is a museum dedicated to him on the riverfront and you can see his influence everywhere, including on a merry-go-round of strange sea creatures on the Ile de Nantes. Jules fans can rent a nautical-themed one-bedroom apartment called Captain Némo’s Cabin, with portholes and a staircase shaped like the spine of whale.
If you are here in summer, don’t miss the outdoor cinema that has been installed on the roof of the School of Architecture, with vintage armchairs and a 1950s American drive-in vibe. If you’re visiting with kids, follow the green line to the botanical gardens, where the children’s illustrator Claude Ponti has been working with gardeners to create a story out of plants and bushes. There’s a huge green chicken having a nap on the lawn and another snake, this one in giant mechanical form.
Given the significant length of the Voyage à Nantes trail, food is an important component, and a new outdoor restaurant, La Cantine du Voyage, has been constructed, offering local produce under a glass roof and a DJ every Saturday. For a more traditional feed, try La Cigale, an amazing art-nouveau building, where classic fare and a great cheese plate are served. Good food, great art, giant ants… what more could you want from a weekend?
Le Voyage à Nantes runs until August 31(levoyageanantes.fr). Most sites are free to visit, but the Pass Nantes is worth picking up, giving access to 30 attractions, as well as city tours and public transport (from £13.50; en.nantes-tourisme.com). You can also book the cruise from Nantes to Saint-Nazaire through the tourist-board’s website (£17.50).
Train The journey takes six hours from London St Pancras, via Lille (raileurope.com).
Flights CityJet flies from London City to Nantes. Or try easyJet.
Places to stay Villa Cheminée sleeps two and costs from £75, B&B (00 33-2 72 64 04 79, en.nantes-tourisme.com). Le D’O sleeps two and starts at £110 (09 67 20 97 81, voyagedesirable.fr). Captain Némo’s Cabin sleeps four and costs from £86 (unusualhotelsoftheworld.com).
Restaurants La Cantine du Voyage, on the Ile de Nantes, is open until September 15. It has two courses from £8. The setting steals the show at La Cigale (mains from £12; 02 51 84 94 94, www.lacigale.com).